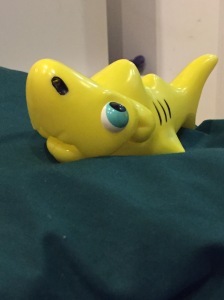 Last year, as you know unless you were on a remote island without phone or internet, U2 released their new album by partnering with Apple to give it free to all Apple users. The album appeared in your iTunes account as if you’d paid for it. This caused a brouhaha* and I’m not going to get into how fucking ridiculous it was for people to publicly rant about this gift as though it was the most offensive betrayal they’d ever suffered.** What I was interested in was the weeks that followed during which it was very very important for every article about the subject to quickly establish its credibility by stating that U2 was Not Cool (this was also the theme of ten million virtually identical twitter jokes). The release was a desperate stunt by a band that was Uncool. Irrelevant. Nothing was as important online as showing that you were cool because you knew that Bono wasn’t.

Obviously Bono bashing has been a sneering sport of choice for many for a number of years, on account of his irritating habit of attempting to use his massive international platform to speak about issues that matter to him – chiefly the war in Ireland, drug abuse and, in the last few decades, the fate of the continent of Africa. I mean, shut up, man. Songs (at least songs post 2000) are only allowed to be about sexy chicks or sexy bitches or that jerk who dumped you or why it’s so great to party. Attempting social change through songs is SO 1980s. Or, OK, 1970s. Or 1960s. You know, all those irrelevant decades in the music industry. And FFS, people who come to your concerts don’t want to hear you speak for even a second about anything except the name of their city. Amnest-what? Shut up and sing Pride, won’t you?***

I will leave aside the obvious fact that U2 are, and remain, immensely popular, and that people who go to U2 concerts know perfectly well that Bono will, just as he has been doing for 3 decades, speak about social issues during the concert and that many of the songs will be about those issues, so it is hardly a shocking disappointment when he does. What I would argue is that U2 are not cool, and that they have never been cool. Popular, obviously; for the 80s and 90s, and even again in the early noughties, one of the biggest bands in the world. But I don’t think they’ve ever really been cool.

Cool is called cool for a reason. It’s desirable but unattainable. It’s remote. It’s people who are better than you who don’t want (or don’t want to admit) they want your regard. It’s a one sided, cold, and fickle.

U2 have never been cool because they’ve always wanted your regard. They’ve fought for it with consistent, earnest, enthusiasm; they’re your overzealous pet spaniel, not the beautiful Siamese cat in the window down the road. They’ve tried new things – some have worked, some haven’t, but even the most ardent U2 hater has to admit that they are always experimenting – because they’re always trying to connect to people. This album release was something new too, and at its heart was the desire, once again, to find new ways to connect.

I suppose what I’m saying (besides, obviously, that I like U2, and I like Bono, and I don’t give a shit that that’s currently the pop cultural equivalent of going outside in your underwear and jiggling your fat bits at people in the street) is that cool is overrated. Not just in music, though the obsession with cool and ‘relevance’ in music is particularly frustrating. In everything creative or artistic that overlaps with popular culture. In TV: if a show’s cool you’ve got to be watching it or you’re lame. But watch out, once it gets TOO popular you’re just a sheep in the masses and it’s not OK anymore. In books: liking fantasy – writing fantasy – is as uncool as it gets, particularly if it dares to be the fun kind and not the grim, serious, it’s-not-embarrassing-because-lots-of-people-get-murdered-and-look-there-are-barely-any-dragons kind. And Santa help you if you like YA, because that’s immature and probably melting your brain, or romance because EW GIRL GERMS AMMIRIGHT or crime novels because they’re so unrealistic and formulaic, or OK just any genre really because it is already established that Worthy Writing was written by white dudes most of whom are dead and is about despair and is about Internal Struggle and alcoholism. There’s a certain percentage of writing on the internet which basically just consists of: what I like is better and more worthy than that harmless thing you like and you should always, always feel bad and ashamed of that.

I’ll take art with earnestness and enthusiasm, rooted in a need to connect with people, over aloof intellectualism or condescension any day of the year. I’ll take the warmth of someone who wants and values my affection over the slippery battle of winning attention from someone who makes me feel  inferior. I’ll take the joy of enjoying the books and movies and TV shows I like no matter how many smug articles tell me how stupid I am to like those things. And you can take your art how you like it, and no-one should make you feel crap about liking it that way.

So don’t sweat it if you like U2 or Harry Potter or 50 Shades of Grey or 18th century poetry or the later seasons of TV shows that everyone agrees have jumped the shark.**** Fuck what’s cool, and go give that shark a bloody hug if you want to.

* (I’m not sure I’ve ever written that word down before. Or even said it out loud. It’s not a cool word, but that works for this blog post)

** OK a little. Jesus people. If you don’t like the album you delete it. Or don’t download it from your account into your playlist at all. FFS. Having FB and twitter clogged with people smugly congratulating each other on how outraged they could get about this insulting ‘attack on their privacy’ (ie the company they have a music account with adding music to that account) was pretty bloody annoying.

*** You know, that song about the Edge’s booty.

**** This is not to say that people can’t have legitimate criticism of these things – there may be plenty to criticise. But you shouldn’t have to feel bad about enjoying something just because other people tell you to.

What Sam’s been reading